In May 2014, Bristol’s Arnolfini Gallery staged an exhibition about the label. As well as displaying various artefacts from the era, Between Hello and Goodbye tried to highlight Sarah’s attempts to mock the sexist and capitalist culture of the supposedly right-on independent music industry – and the vitriolic and contemptuous response of a (largely male) press that missed the point, were annoyed by it, or worried that liking a label with a girl’s name, co-run by a woman, would bring their own masculinity into question. Below is a post we wrote immediately after the exhibition had finished. 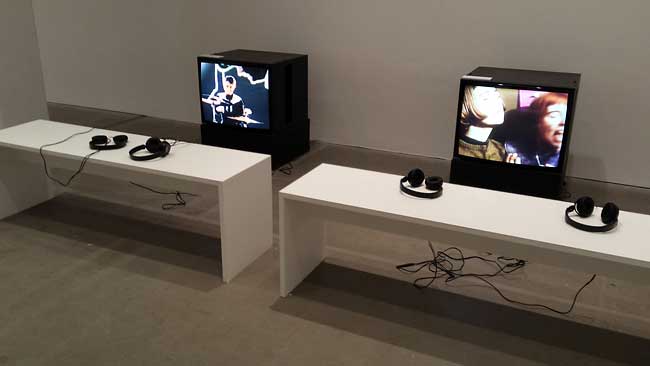 Over the course of the May bank holiday weekend, Bristol’s Arnolfini Gallery staged a series of events under the banner Between Hello and Goodbye: the Secret World of Sarah Records. An exhibition of Sarah artefacts (posters, artwork, demo tapes, photos, giant Saropolies…) was held in the main gallery space, Clare led guided walks each day around notable Sarah landmarks, and in the cinema on Saturday evening there was a preview screening of My Secret World (Lucy Dawkins’ wonderful new film about the label – see sidebar) and live performances by three bands – The Orchids, Secret Shine and Amelia, Rob and Pete from Heavenly – followed by dancing in the bar till the early hours courtesy of London’s How Does It Feel To Be Loved? club, relocated to the West Country for the night.

All in all, people seem to have enjoyed it, and we know there are loads of lovely Tweets and photos out there. While we’re still getting our heads round those, though, we’d just like to say a big thank you to everyone involved – to Lucy for making the film, to the bands for playing, to Axel, Al, Lucy, Mark, Anton and all the other Arnolfini staff for organising everything and putting up with our occasional cluelessness (with a special nod to all the gallery attendants who had to listen to There And Back Again Lane on loop for four days), to Ian for DJing… and, of course, to everyone who came, some of whom we’d not met since Sarah stopped, and some of whom we were meeting for the first time having written each other letters twenty-five years ago…

Our personal Top Ten moments? It’s impossible to choose but, off the top of our heads, I don’t think we’ll ever forget:

And now here are some more photos (all taken by Lucy Munro).

This typewriter cost £22.50 from W.H. Smith’s in Broadmead in 1985 and all the early fanzines and leaflets were written on it. It wasn’t meant to be an interactive exhibit, but teenagers in particular seemed unable to resist the idea of a computer you needed to hit. 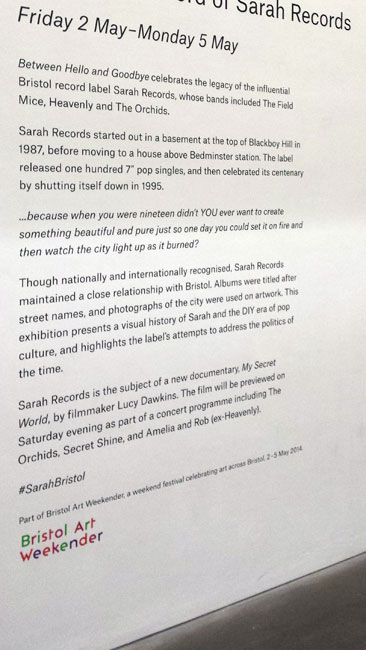 The Arnolfini kindly provided a handy wall-mounted history of Sarah Records for anyone who’d wandered in off the quayside looking for the toilets, or wandered out of the exhibition looking for an explanation. 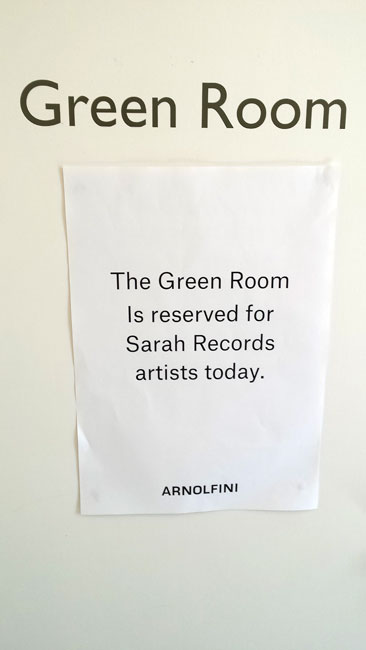 Due to a slight misunderstanding, this room was entirely full of fresh flowers, kittens, blue Smarties and pictures of Mariah Carey.

Sarah 58, A and B sides, performed on the hour every hour by Julian from The Hit Parade; sadly the man-size glass vitrine didn’t arrive in time.

For those confused by the exhibition, a small guide was available from the bookshop; and, if that didn’t help, a wide range of books on other topics.

Stage times from the green room. We’d like to thank The Doors for agreeing to go on first, and hope they got back safely to L.A. 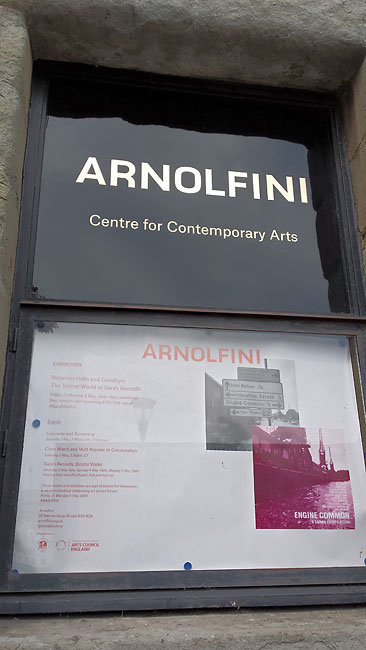 The Arnolfini attempted to lure anyone walking down Narrow Quay into the exhibition with photos of the cranes directly opposite and a signpost showing the way to Yate. 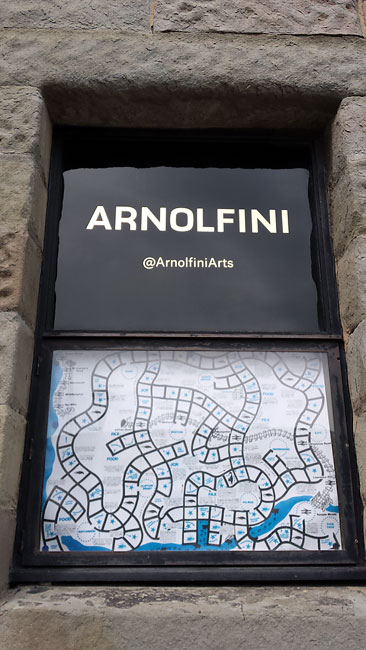 Seeing a giant Saropoly board on public display in the window of the Arnolfini facing Prince Street bridge may well be our proudest moment.

The exhibition introduced Sarah Records to a whole new generation of pop fans, several of whom responded by repeatedly hitting the large switch on the wall in the hope the horrid music would stop and it would all go dark.

And some more photos…

Next weekend (2nd-5th May), there’s a four-day exhibition at the Arnolfini Gallery in Bristol presenting various artefacts from our eight years running the label – artwork, posters, tapes, fanzines, records and so forth. It’s free, and runs 11 a.m. to 6 p.m. each day. The Saturday will also feature a preview screening of My Secret World, Lucy Dawkins’ film about the label, and performances by The Orchids, Secret Shine and Amelia and Rob from Heavenly – tickets for that are £18. There’s also a Q&A with us, and Clare will be leading walking tours of various Sarah landmarks on the Saturday, Sunday and Monday – that’s all free, like the exhibition, and the whole thing is part of the Bristol Art Weekender, and you can find out more details here.